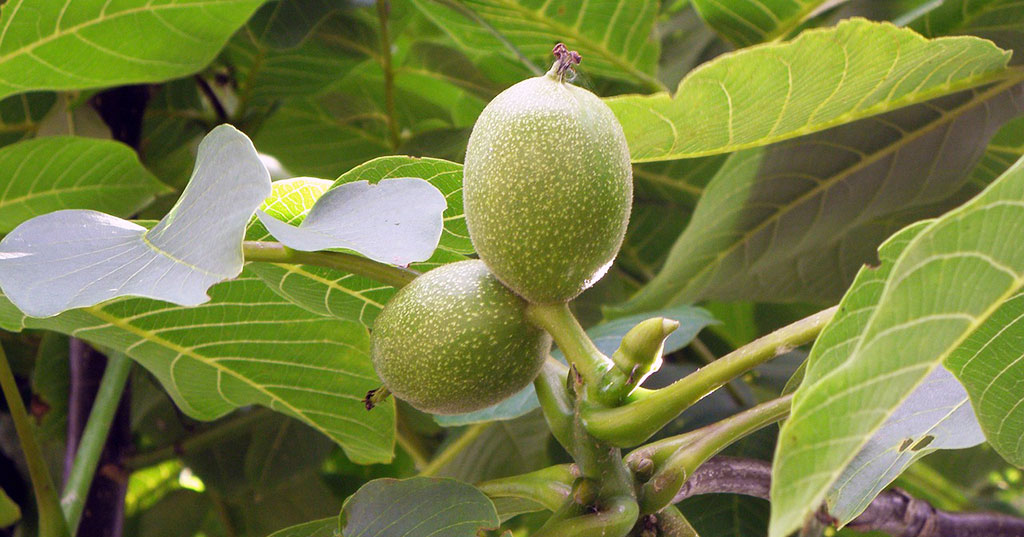 As the weather starts to cool off and the days become shorter, the walnut harvesting season starts to wrap up as well. The season usually begins in early October and lasts a few weeks. This time is extremely vital for the farmers and landowners to get all the harvesting finished in order to ensure great productivity. And boy does our spotlight this month really know what he’s doing! Bella Viva Orchards walnut farmer and provider is Bruce Beard from Modesto, CA who’s not second, not third but a fifth generation nut tree farmer! Yes, you read that correctly – fifth generation. In fact, Bruce’s family started farming with Stanislaus County, California all the way back in 1852, making Bruce a seventh generation farmer in the state. If that’s not significant enough, his grandfather is the longest running processor in all of California and is still very active in the business! “He’s kind of a godfather to the industry,” Bruce said. “He embodies the industry.” The family has been farming walnuts for 70 years!

Bruce’s favorite childhood memory included going to the original office of their now flourishing family business with his grandparents. It was nostalgic for him when he was describing what the ambiance in those days used to be like. “Going there and hanging out in the original office. Hearing the cracking of walnut shells in the back. It sounded like popcorn popping. That and the smell was just a great walnut-y smell. I would also drive the forklift around and help.” It seems to be that Bruce is passing down the farming family tradition to his children too, seeing as his five-year-old and three-year-old already like to help out! “They think it’s so fun to go to work with their parents,” Bruce proclaimed with joy in his voice.

Perhaps it’s those memories of going to work with his grandparents that instilled his love for farming into his heart. Bruce is a people person and it shines through the love he has for his job. It doesn’t even seem like work to him; it’s second nature, and you can get a taste of that adoration just by trying the walnuts he’s put so much time into. Better described, Bruce explains where he’s coming from. When asked what his most passionate thing about what he does is he said, “It’s the whole dynamical nature of the job. Though I work a lot, I enjoy it. I get to talk to people all from over the world. I’m out in the field. No day is the same. I get to meet people from all over. It’s so different than something like an office job. I’d rather be doing this.” 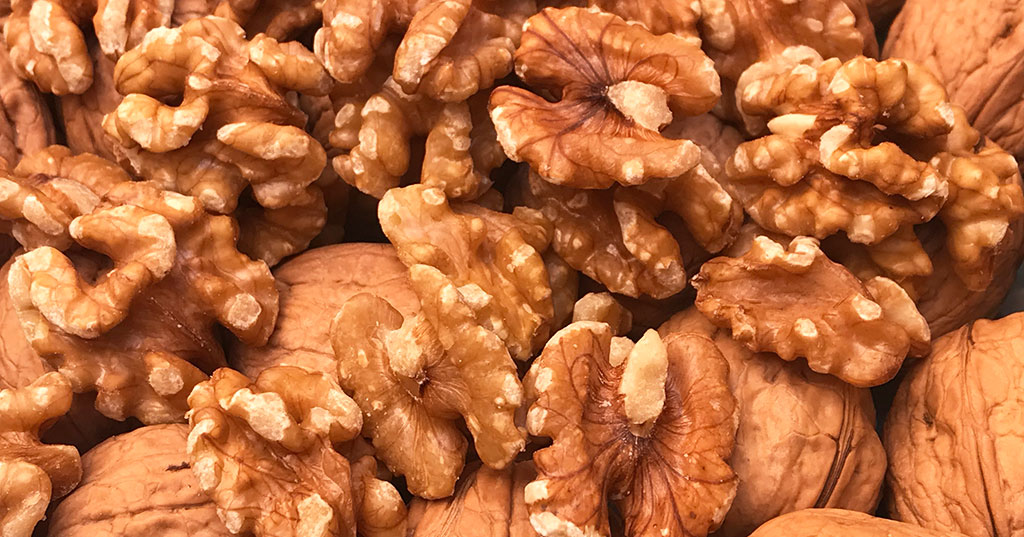 99 percent of the United State’s commercial walnut crop comes from California (01)! Some of the reason behind such great success for walnut production in-state is because the weather conditions couldn’t be more perfect for them. The mix between the warm, sunny days and the cool nights plus the good amount of water that’s not overwhelming is the recipe for healthy, meaty walnuts. The rich soil is what the trees adore and California provides it all. According to Bruce, this past year has been tough in the way that the crop was a bit smaller, but the walnuts themselves were some of the greatest they’ve seen. Perhaps this is due to the unusual patterns of heatwaves the central valley has experienced in 2017. “There weren’t as many walnuts on the trees in part because many were shriveled off by the heatwaves we experienced over the summer. We thought we had lost full crops on some of the trees, but it turns out just the outer layers were lost and the nuts further in on the tree survived,” he gratefully said.

Bruce loves walnuts as he is constantly tasting the crunchy, buttery snacks to make certain he’s providing the world with the best of the best. He knows how yummy they are and how healthy they are. He also never seems to get tired of them because they’re good for so many different uses. Bruce’s lifestyle of friendliness, productiveness and love for his family and friends might seem completely ideal. His busyness pays off for you, the consumer, to be graced with the endearment packed within the nooks and crannies of each and every individual nut. It’s almost as if he just revealed his secret ingredient to the world: that being love.

Here at Bella Viva Orchards, we have four different varieties you can acquire of the scrumptiousness and freshness our walnuts have within. They are great to eat alone or with numerous amounts of recipes and with that you’ll be adding good crunch and a huge amount of health benefits from this superfood! So grab a bag or ten today and make them part of your everyday lifestyle!

Just like many of the products Bella Viva carries, Sarah was homegrown right here in California’s Central Valley. She’s passionate in all she does and loves to keep herself busy. She’s a mom to two Boston Terrier siblings, is super close to her family, enjoys taking photos, anything to do with music, the outdoors and cooking. Her favorite colors are green and purple, favorite animals are dogs and penguins, favorite season is Autumn, and favorite Bella Viva dried fruits at the current time are the organic mango and organic pineapple. Sarah’s written for many publications and organizations and is honored to be part of the Bella Viva team!