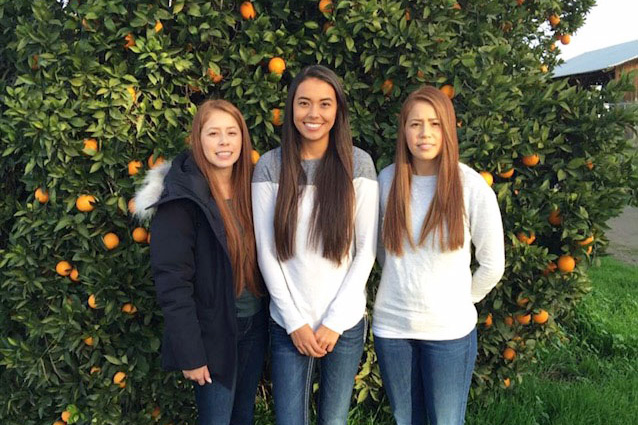 Located in the crop-thriving county of Tulare, California is a family farm that grows our delicious organic navel oranges. Ignacio (Nacho) and Casamira (Cassi) Sanchez, owners of Twin Girls Farm, understand how fortunate California is regarding citrus. The vibrant colors and sweet juiciness combined with the lovely aroma of oranges can bring life to an otherwise dreary winter day. This state has the right land and weather to grow perfect citrus and this family has quite the story to tell.

Nacho’s father brought his family to California from Mexico when Nacho was just two years old. They worked hard for everything they earned, tending the fields and cultivating the crops – living the real American dream. Despite always being a country girl, Cassi grew up in Tulare County and recalls not being too fond of farming when she was younger. The two started dating their sophomore year of high school and have been inseparable ever since. Nacho received a B.S. from Fresno State in Agriculture and Cassi obtained an A.A. in accounting from College of the Sequoias. They married soon afterward. “Cassi had to be a really strong woman to have married me. She still is,” Nacho explained. “I’m a work-a-holic and she helps keep that under control.” Cassi agrees that even though farming hasn’t always been her forte, she loves the bind she and Nacho have together. “I’ve made it clear to Nacho farming was his dream; that I’m just helping (him) along, but it works.”

The Family Business Is Born

They saved up and purchased their first ranch in Fresno County in 1989; it was a small
place on six and a half acres and included a single peach tree. Since those six and a half acres, they have kept adding more and more over the years. Nacho and Cassi expanded their family too, welcoming twin daughters into the world, Christyna and Serena. Along with the beautiful babies, their business was also born, and Twin Girls Farm was founded in 1991. Soon thereafter, they embraced the arrival of their third daughter, Savannah, whom has some varieties of peaches named after her. “The girls have always loved helping out. When they were growing up, it would be me, my mom and dad, Cassi and the girls. My nieces and nephews would show up constantly too. We would take food, like tacos, and all eat together… I’m just always blessed,” Nacho said. 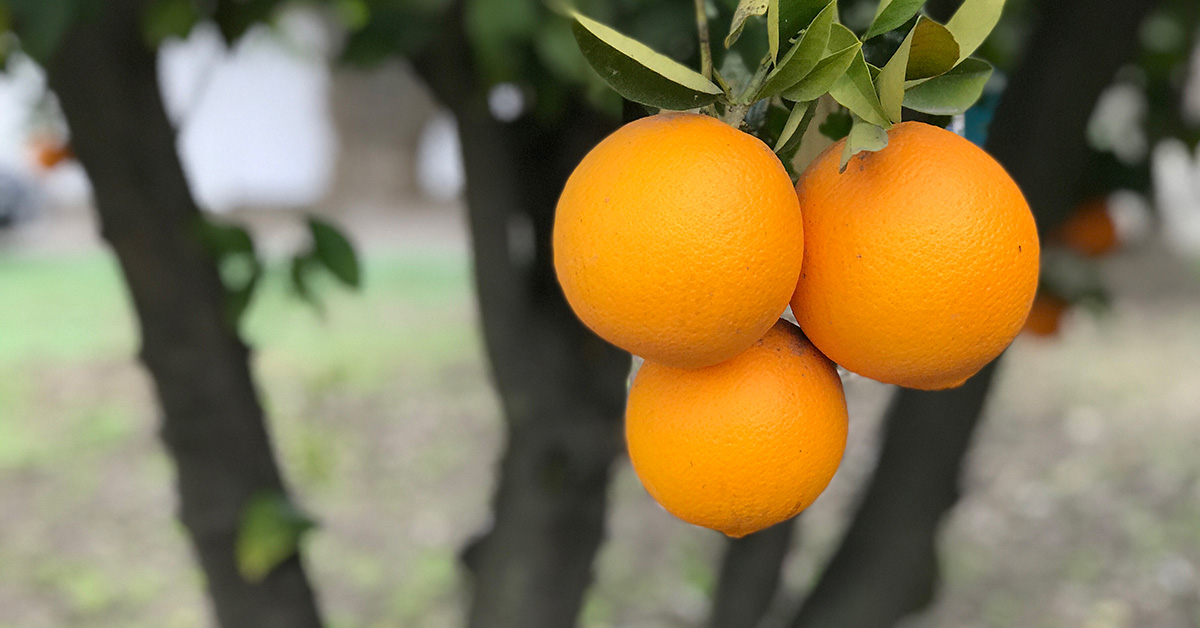 Over the past 30 years, that small farm has grown into a family business consisting of a little over 700 acres. Twin Girls Farm grows a huge array of fruit. Some of the citruses include oranges, lemons, mandarins, tangelos and blood oranges. They also grow stone fruit such as apricots, peaches, pluots, plums and many more. Now, Twin Girls Farm finds itself at 21 farmers’ markets per week! These expand throughout much of the Bay Area. “We have so many crops, we can provide different ones for the farmers’ markets year-round. This is much of our income and what we live off,” Nacho said. Both Cassi and Nacho made it clear that the life of a farmer isn’t always an easy one. “When we were just starting out, we both had day jobs. The days were long. We would go to work, change clothes, then head back out to farm,” Cassi said. “When you grow (crops), you don’t know what you’re going to get,” Nacho stated. “There are a lot of question marks. It could be a bad crop. There might not be enough rain. The economy might be bad. It might even be tough to find labor to help.” He then told a story about a treacherous hail storm that took place when the twins were babies. “It looked so pretty, like snow on the ground,” he described, “but then reality hit, and we realized how damaging it was to our fruit.”

Nacho is very concerned about the citrus pest known as Huanglongbing (HLB). This pest has recently been on the attack in California and, although not harmful to humans, it kills off citrus trees. There isn’t any known cure either. “It’s very concerning,” he said. Aside from the potential of wiping out a majority of the state’s citrus acreage, one of Nacho’s main concerns is what effect it will have on organic crops. “(It) impacts the organic crops. This is because of the quarantine being used to try to control (HLB) from spreading so fast. It’s a very serious disease.”

The Sanchez family is proof hard work pays off. When asked where he finds the strength to continue, it was quite simple for Nacho to respond by saying his family was the number one reason. “Nothing is better than family. I am just so blessed. The twins came back after college and help out around (the farm) again. Serena helps Cassi with the paperwork and Christyna is the shipping clerk. I’m just so fortunate they wanted to come back.” Cassi agrees. “It is wonderful to have them around and Savannah even took a lighter load (of classes) this semester, so she’s here three times a week now too.”

When asked what their favorite fruits to eat out of everything they grow are, Cassi gave a direct answer stating she loves her stone fruit, particularly her plums and pluots. Nacho couldn’t give an answer aside from liking all of them. He said they love to always have fresh juice at the house, whether that be orange, lemonade or otherwise. “I love navel oranges, I love peach cobbler, I love persimmon cookies. They’re just all so good!”

Bella Viva carries four separate choices of citrus to pick from including our organic dried orange and lemon slices. The exhilarating scents both oranges and lemons give will certainly brighten your day and the tang might just be enough to send you through the roof! Packing in an insane amount of Vitamin C, these vivid citruses can be added to countless recipes or as a water infuser. They’re even pretty enough to use for decorating. Whether you choose to eat, cook, or decorate with them, chances are you won’t be disappointed!